My Sister’s Keeper, a mission that assists incarcerated women to make successful transitions back into the community, celebrated its 20th anniversary on Oct, 24 with a dinner and evening of recognition at the St. Bartholomew Catholic Church.

My Sister’s Keeper was founded in 1999 by Myrna Cook, who was a member of our church and had been doing Bible studies with her husband Bill in the Cumberland County Jail. Myrna passed away in 2017. Our church was recognized at the Oct. 24 celebration by current MSK coordinator Kelly Dell’Aquila. CEUMC co-pastor Mary Jane O’Connor-Ropp (above photo) accepted a plaque of recognition. 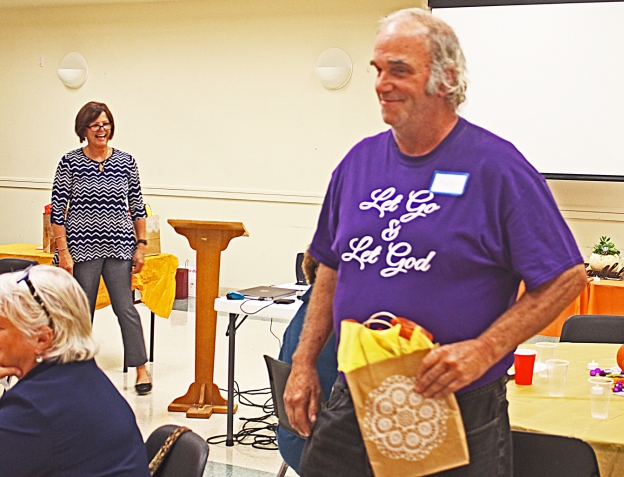 Also honored at the 20th anniversary celebration were Mark McDowell (above photo), who for many years helped women moving back into the community by providing donated furniture for apartments, St. Bartholomew’s, and the Cumberland County Jail. 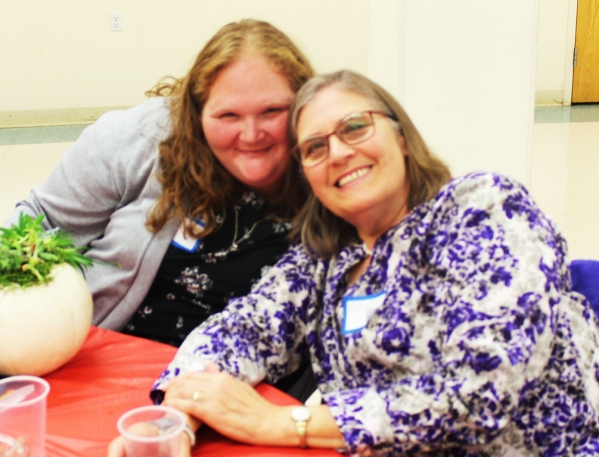 During the celebration, a video was shown looking back over MSK’s 20 years, told through the voices of women who have been deeply involved in the program, including Amy Maddux and Margaret Braun (above photo).

Another honoree at the celebration was the first woman who became part of the program and originally mentored by Myrna Cook. 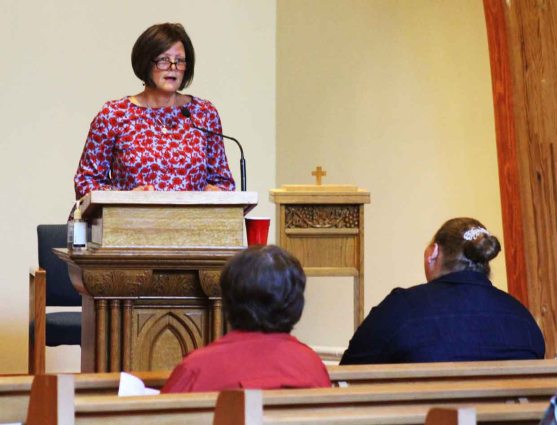 A few weeks before the Celebration Dinner, Kelly Dell’Aquila addressed our church during a Sunday service, explaining the challenges and successes MSK has faced and achieved during its 20 years.

Congratulations to Kelly and My Sister’s Keeper!