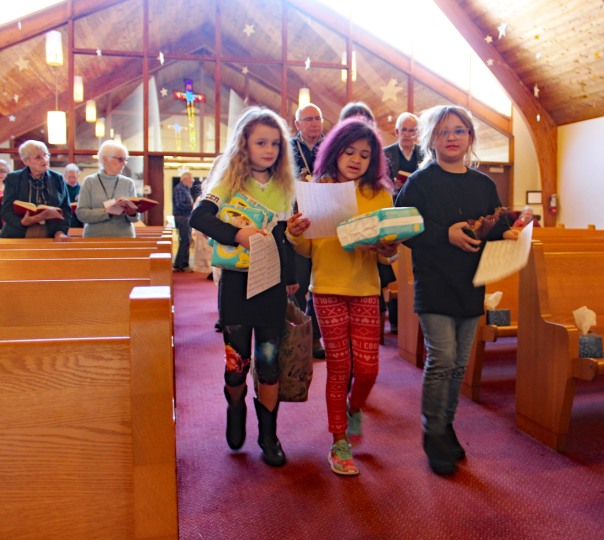 New understanding of an old story

Epiphany Sunday most often has been a time for our church to offer gifts to families in need, to hear scripture readings about the Magi following the star to Bethlehem, and to hear a sermon about the Wise Men defying Herod. This year was different.

The Epiphany service began with the choir singing from the back of the sanctuary and then proceeding down the center aisle, followed by children carrying gifts to be placed beneath the Christmas tree. 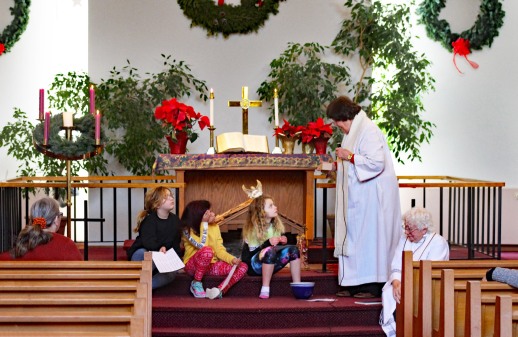 During the Children’s Story, Pastor Priscilla Dreyman explained in detail the gifts the Magi placed before Baby Jesus and passed around a sample of frankincense for the children to touch and smell. 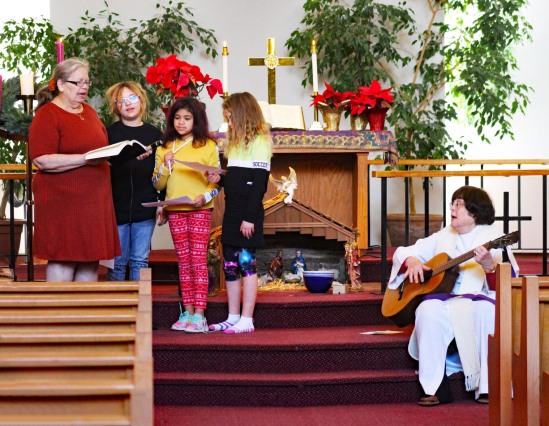 The children then led the congregation in the singing of “The Virgin Mary Had a Baby Boy. 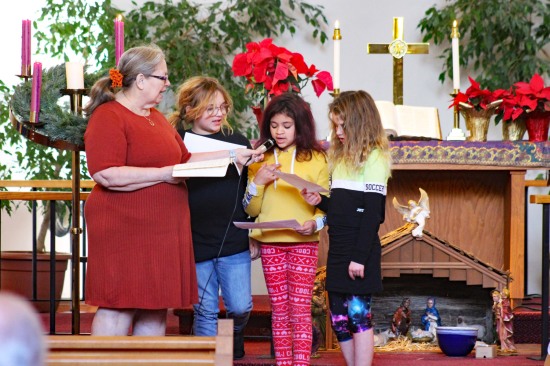 Pastor Priscilla’s insightful sermon asked everyone to think of their own lives and what pilgrimages they have made or will make.

A more in-depth meaning of Epiphany came during a celebration after the service. Everyone contributed to and shared a pot luck lunch, played Christmas-themed word games, followed by a part of Epiphany few of us have experienced. 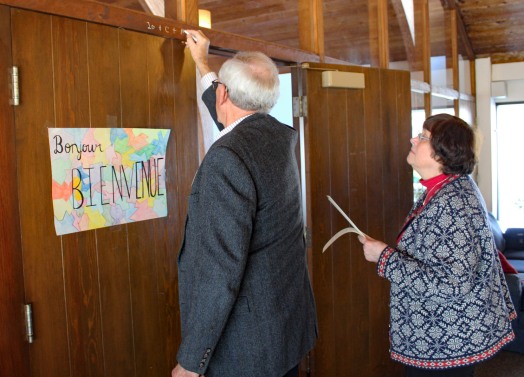 Pastor Priscilla instructed Bob Knupp (she need someone with height) to write in chalk “20 + C + M + B+ 20” above the entrance to the sanctuary. Chalking of the Doors is a Christian tradition practiced on Epiphany Sunday. The letters have two meanings: First, they represent the three Magi, Caspar, Malchior, and Balthazar. They also abbreviate the Latin phrase Christus Mansionem Benedicat (May Christ Bless the House). The “+” signs represent the cross and the 20 at the beginning and end are the year. 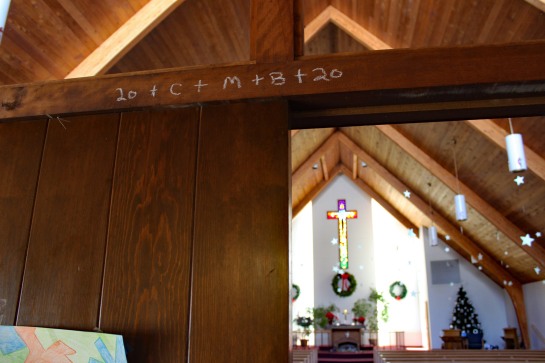 Following the Chalking of the Doors, Pastor Priscilla and Pastor Mary Jane O’Connor-Ropp blessed a bowl of water and members of the church sprinkled some of the water in the sanctuary and in all rooms of the building to bless the entire church. 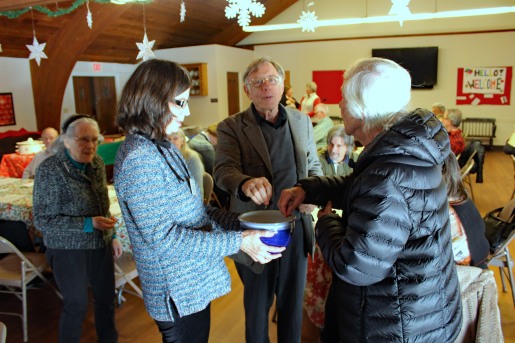 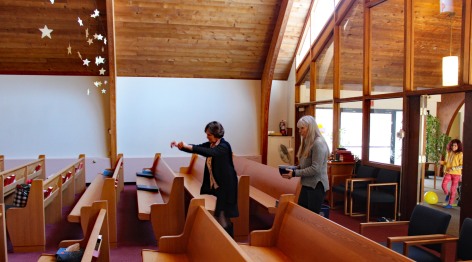 Then came the fun part. Ephiphany cakes had been baked by Judith Hill, Meredith Dalessandro and Carol Haider. Each had a button or foil-covered bean baked into the cake. 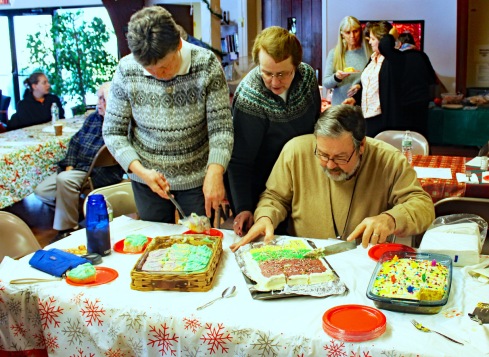 When the cakes were cut, whomever received a piece with a button or bean inside became church royalty for 2020. 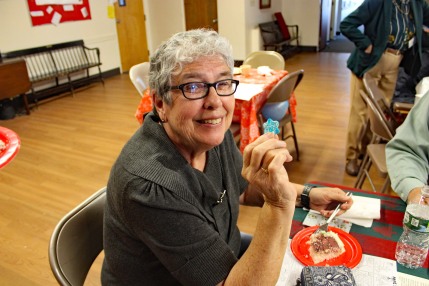 Our royalty became Linda Webster, Deanne Burr, and Jen Geaumont. Each member of the royalty received a “crown” constructed by children in Sunday School under the guidance of Carol Hubbard. 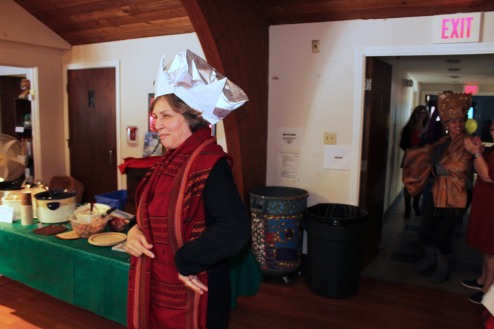 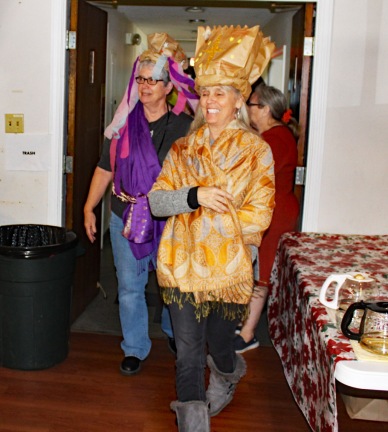 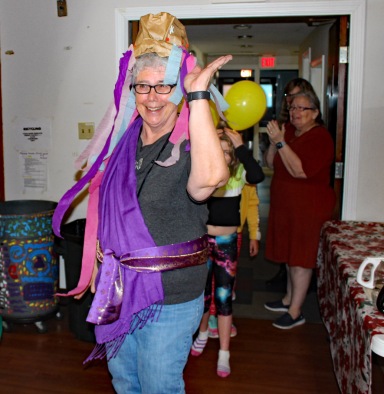 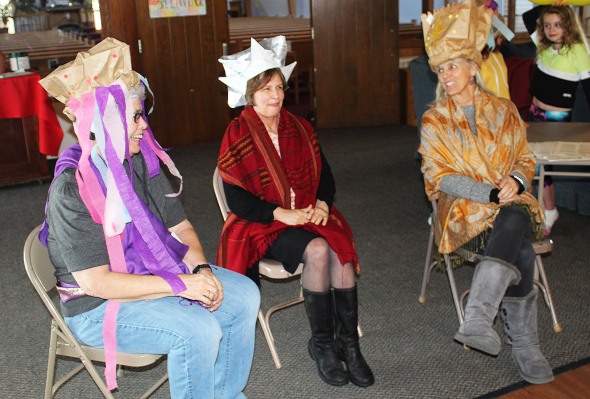 Thank you to Pastors Priscilla and Mary Jane and everyone else who made this special day possible!